to visit the wonderful land of Maremma.

The agriturismo’s central location offers guests a wide choice of activities and excursions. Alvaro and Loredana will gladly advise guests in choosing the best experiences of their interest. 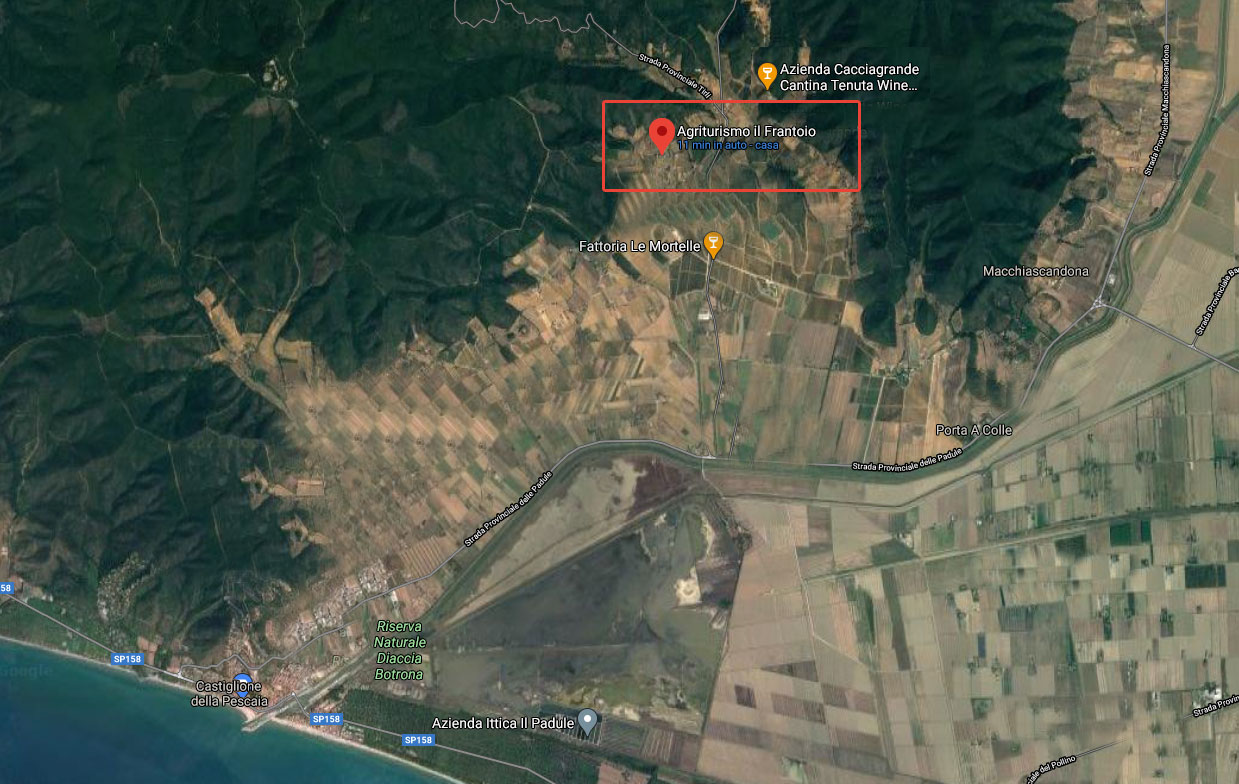 The Sea and the Beaches

Among the beauties of Castiglione della Pescaia, beaches certainly play a role of primary importance, so much that they have also obtained the coveted recognition of Legambiente as the “most beautiful sea in Italy”, both for the quality of its waters and the services offered, which are prerequisites for an excellent tourist welcome.

Facing the town, the beach is sandy and waters are clear and with a shallow seabed. From the near car parks, you can walk to both the Levante beach, towards Marina di Grosseto, and the Ponente beach, which continues towards Punta Ala from the harbour. Full of beach resorts, bars and restaurants but also of large, free beaches.

In the opposite direction, Rocchette beach, also reachable along the cycle path as well as by car. This beach alternates sands with rocky bottoms suitable for snorkeling.

Continuing northwards, you can reach the beaches of Punta Ala, rich in glimpses and hidden places; tourist services alternate with parts of wild-looking beach on the edge of the pine forest.

Inside Bandite di Scarlino Natural Reserve, “Cala Violina”, one of the 11 most beautiful beaches in Italy, awarded by Legambiente. Located between Follonica and Punta Ala, north from Castiglione della Pescaia, Cala Violina stands out for its pristine waters, rich in banks of Oceanic Posidonia and clear sand. When passing by, it is said to emit a sound similar to violin notes. Access is limited, to preserve and keep the environment intact. Park your car in the limited number car park and follow a path immersed in the Mediterranean maquis for about one and a half kilometers.

In the area, “Cala Martina” and “Cala Civette” are also very popular.

In the municipal area, you will find many facilities for practicing sports such as tennis, football, golf, baseball, horse riding, trekking, mountain bike (individually or with expert guides, on ancient paths immersed in nature).

Possibility to practice water sports, such as kitesurfing, surfing, and sailing. Expert staff will guide guests to discover the depths of the islands of the archipelago, such as Le Formiche, Capraia, Pianosa … practicing diving and snorkeling. 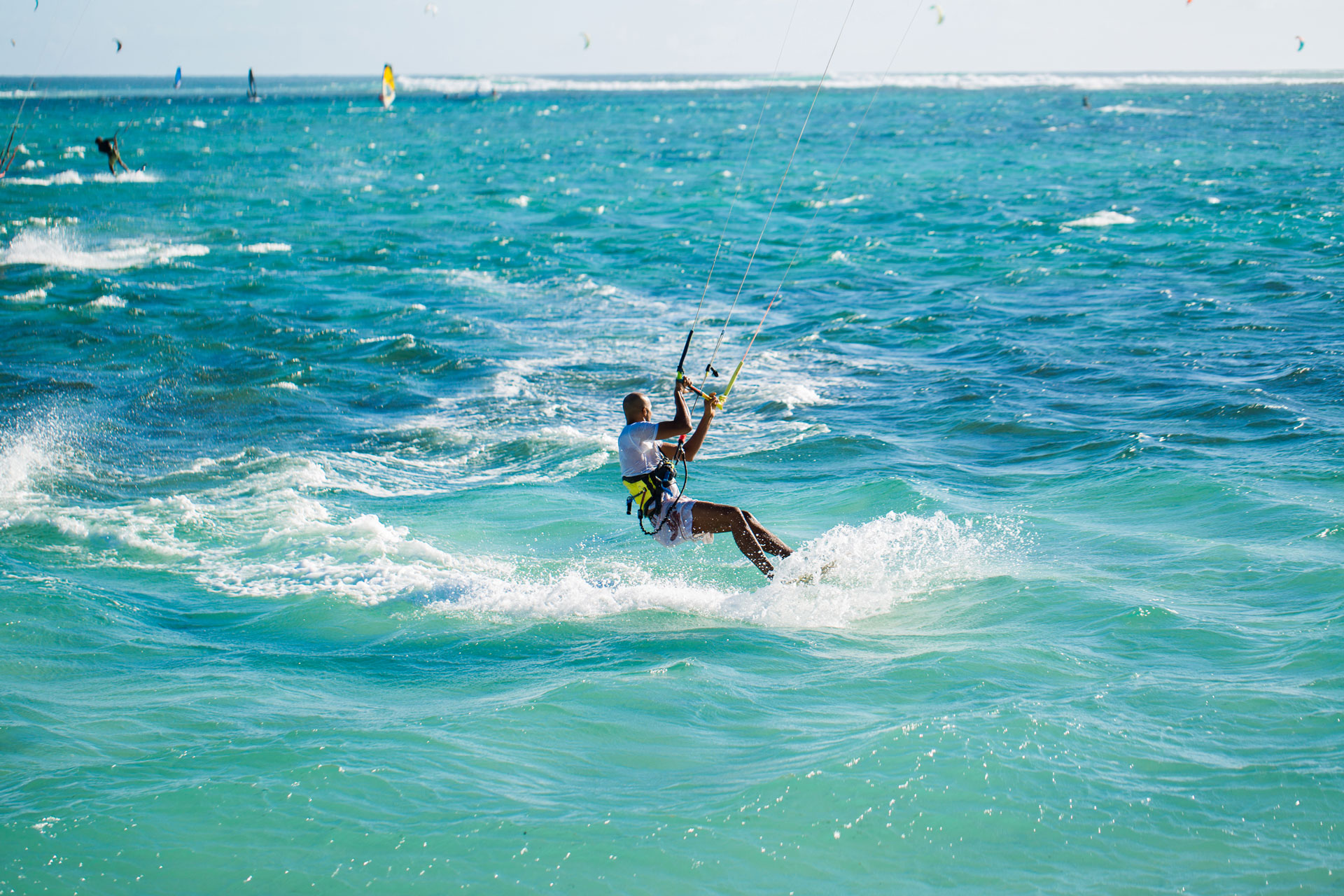 It is possible to make daily mini-cruises departing from the port of Castiglione della Pescaia to discover the major islands of the Tuscan Archipelago, such as Il Giglio, Giannutri, Elba or Capraia.

Rental of rubber boats, yachts, charter services for sailing boats or even motor boats, for those who love to discover the Maremma coast individually. 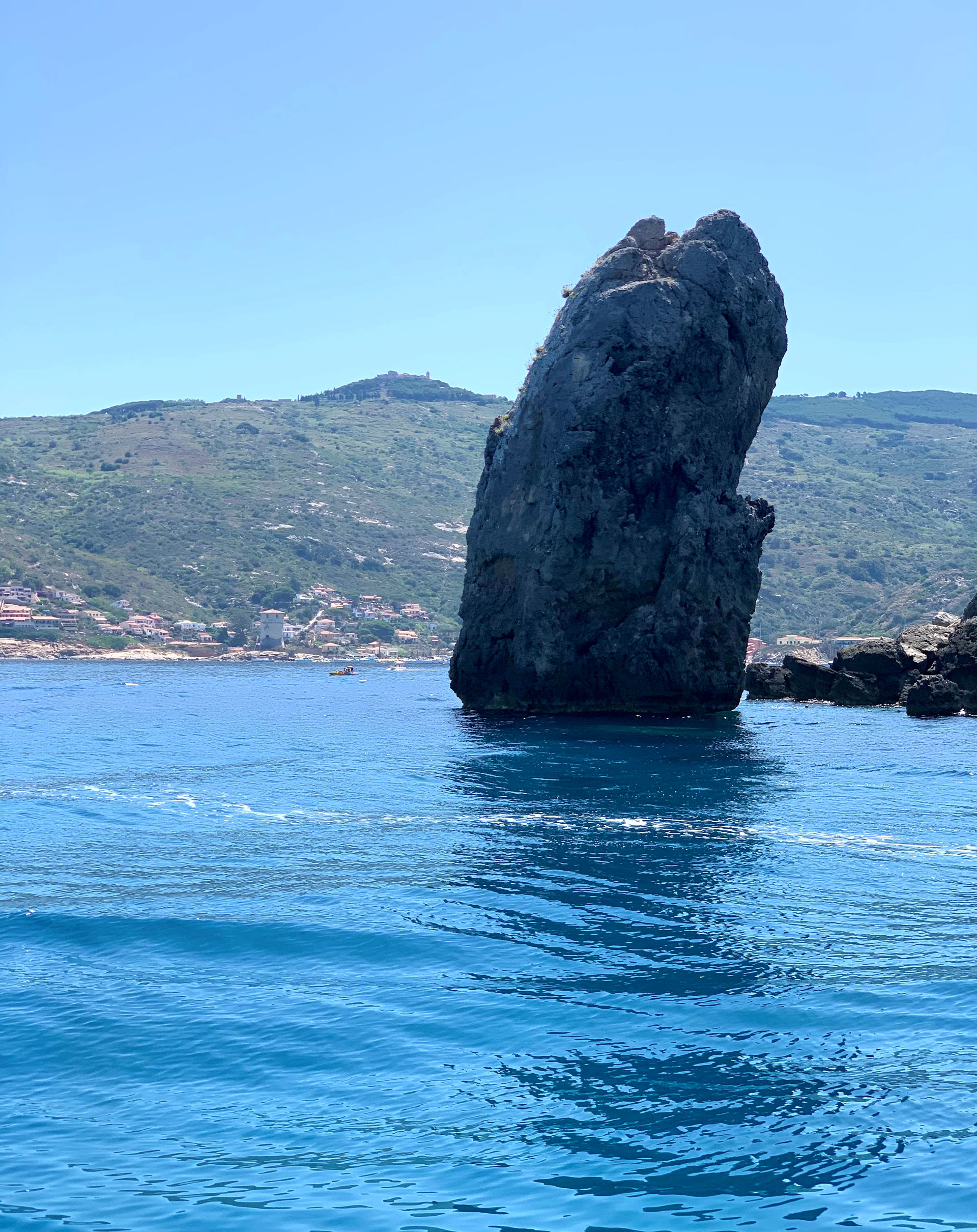 In the area of our agriturismo, there are countless Etruscan sites: the necropolis and the archaeological museum “Isidoro Falchi” of Vetulonia, the excavations of Roselle, an Etruscan-Roman site, which most important discoveries are kept in the Archaeological Museum of Grosseto as well as in that of Vetulonia.

Of considerable importance is what is called the “tuff area”: ​​a vast area located in the south-eastern extremity of the Grosseto province, which includes the entire municipal areas of Pitigliano, Sovana and Sorano, with countless historical and archaeological remains. perfectly preserved, from which you can reach the enchanting thermal baths of Saturnia. 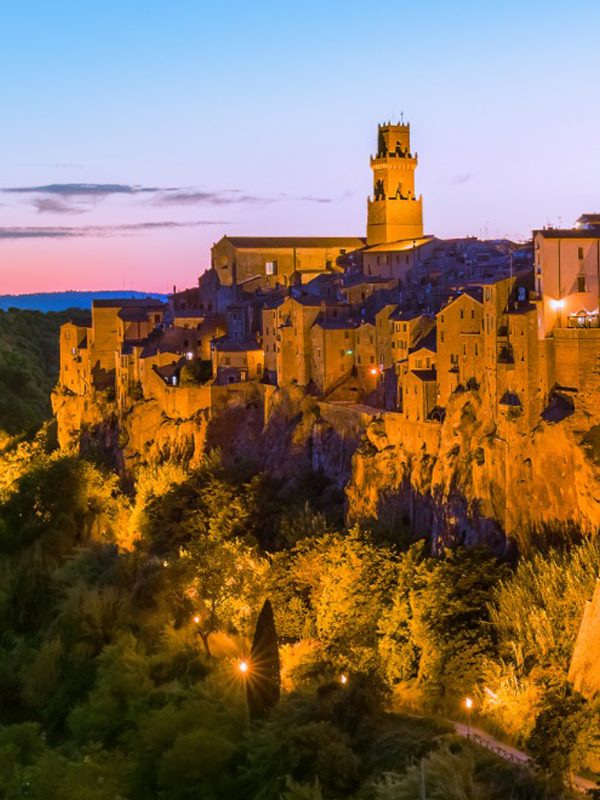 Another important area is shaped by the “metalliferous hills”, with Massa Marittima and its medieval village of rare beauty, San Galgano, with the singular and breath-taking open-air abbey and the church of Montesiepi, where the famous and legendary “sword in the stone” is located.

Furthermore, the major cities of Tuscany, easily reachable and not to be missed: Siena, the city of the Palio, Florence, with its famous squares and the Uffizi museum; Pisa, known all over the world for its monumental “square of miracles”. Absolutely worth visiting, the beautiful towns of Montalcino, home of the “Brunello” – wine known throughout the world – and Pienza, “the ideal city”, in Val d’Orcia; visit also Monteriggioni, with its extraordinary walls, and the Towers of San Gimignano.

Possibility to book excursions with a team of local tour guides.

In addition to hikes and old paths, where you can go trekking, nature reserves and parks certainly represent a way to get in touch with the sometimes wild nature of the Maremma. 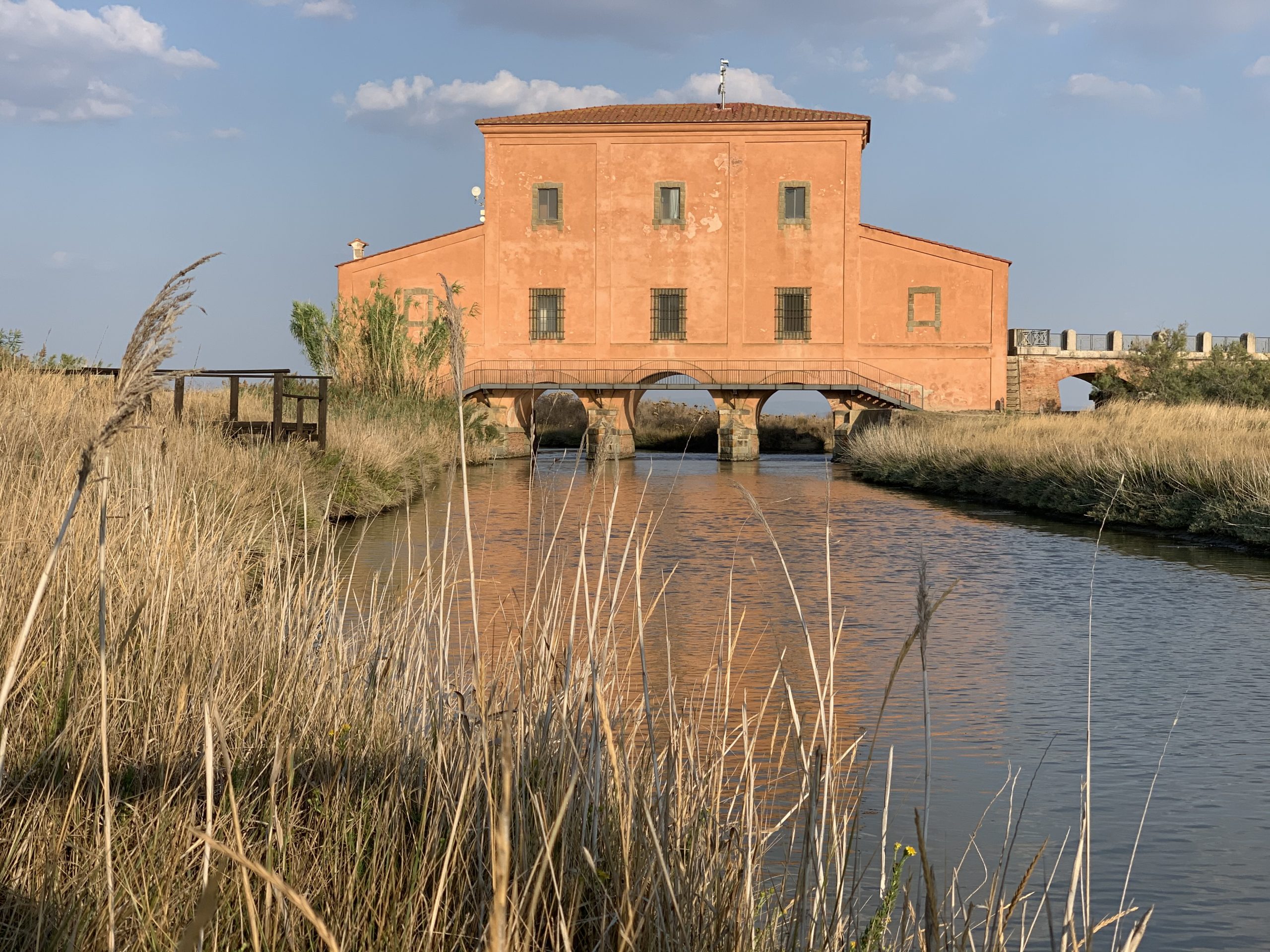 Starting from Casa Ximenes, better known as “the red house”, you can take boat trips along the canals of the marshes and carry out birdwatching activities to discover numerous species of birds: herons, flamingos, wild geese, ducks, mallards royals, teals and wigeons, cranes, osprey.

The Maremma Park extends along the coast from the town of Principina a Mare to the town of Talamone and the mouth of the Ombrone. The environment is rich in Mediterranean flora and fauna and notable historical evidence, such as the numerous watchtowers built to prevent attacks by Saracen pirates in the 15th century or the ruins of San Rabano abbey.

The itineraries within the Park are many: on foot, by bike, on horseback, through the network of paths that lead to the observation points for bird watching, to the caves, to hidden beaches, or by canoe on the Ombrone River, from the scrubland to the beach, to admire typical animals such as wild boars, foxes and roe deer.